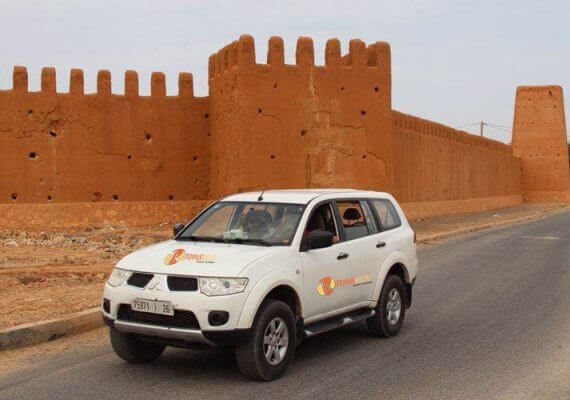 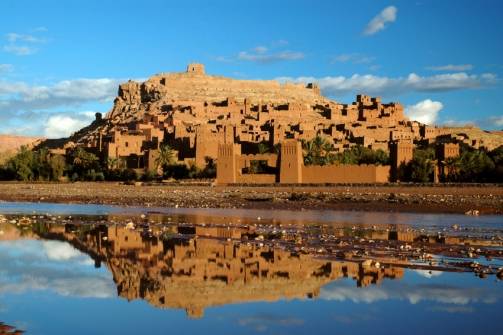 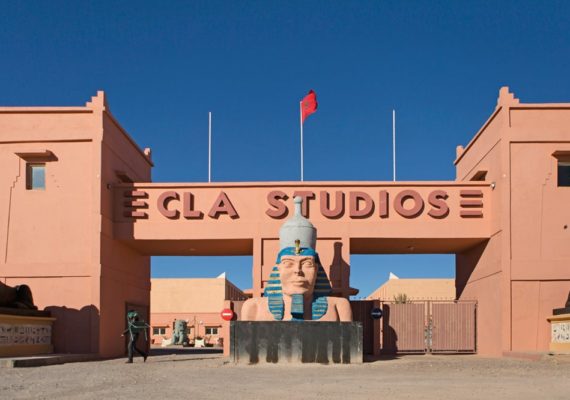 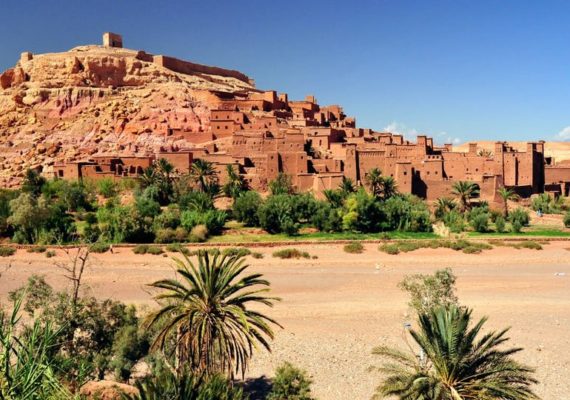 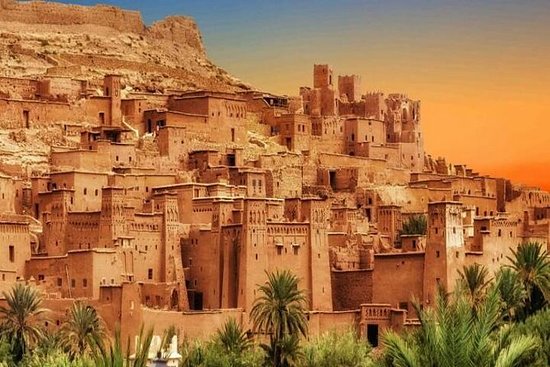 Introduction: Take a day trip from Marrakech to Ouarzazate to explore the fortified UNESCO world heritage Kasbahs; travel back through the past history of Morocco to discover this unique fortified villages the symbol of the Berber tribes, this trip will take over the high Atlas Mountains to enjoy the beautiful landscapes crossing the highest road in the high Atlas Mountains and discover more of the villages settled in the foothills of the amazing High Atlas. During this day tour from Marrakech, you will visit the Hollywood cinema studios of Ouarzazate, where many international famous movies were shot, kasbah of ait ben haddou and more.

Meet your driver/guide at 8 AM to start an amazing journey from Marrakech to Ouarzazate, during this day trip from Marrakech to the Kasbah of Ait Ben Haddou, you will explore this exceptional complex of clay and stone surrounded by walls with giant doors, inside there are several homes and buildings beautifully done; this fortified village, considered one of the most beautiful places in southern of morocco, marked as world heritage by UNESCO since 1987 and a worth visit area.

The beauty of this region is certainly regarded by films producers who have done several shoots which was the last GLADIATOR. The films are set up for people in the Kasbah one source of income for the most essential work; they perform as extras in various movies.

After lunch in a local restaurant overlooking the Kasbah, we will head to Ouarzazate city, where we can visit the cinema studios, called the African Hollywood, many famous international films were shot in these amazing land, such as; Gladiator, Heaven, Sahara, Lawrence of Arabia, The jewel of the Nile,

After visiting the cinema studios, our explorative journey will continue to discover another world heritage site in the heart of the city, the Kasbah Taourirte, a 18th century Unesco site, built in clay and witness the unique and beautiful berber architecture.

After exploring Ouarzazate and its wonderfull Kasbahs, we will drive back to Marrakech, through the High Atlas Mountains and Tichka pass, an amazing highest road in Africa where you will enjoy many stops for some photos memories.

Free Quote Request for : Day trip from Marrakech to Ouarzazate 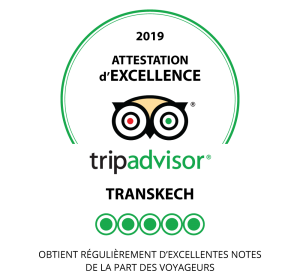